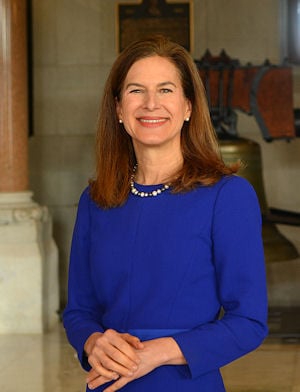 Sworn in on January 9, 2019, Susan Bysiewicz is serving her first term as Connecticut’s 109th lieutenant governor. Lt. Gov. Bysiewicz formerly served as Connecticut’s secretary of state from 1999 to 2011. As a state representative in the Connecticut General Assembly, she represented the towns of Middletown, Middlefield, and Durham from 1993 to 1999. A graduate of Middletown High School, Yale University and Duke Law School, she is the author of “Ella: A Biography of Ella Grasso,” Connecticut’s 83rd Governor. Lt. Gov. Bysiewicz and her husband David Donaldson reside in Middletown.

Senior Week takes place from Friday, May 6, to Friday, May 13. This is an opportunity to bond with your classmates, let off steam and celebrate your tremendous accomplishment. The cost for the week’s events is $150. Tickets go on sale the week of April 18.

Official Photographer: Gradlmages™ is the official photographer for Commencement. Their photographers will take individual photographs of students as they receive their diploma and another in front of a backdrop after they have exited the stage. Candid photos will also be taken.

Several days after graduation, students will receive proofs from GradImages via email. Proofs can also be viewed online at www.gradimages.com. You will have the option of choosing from several photo packages at very reasonable prices. However, there is no obligation to purchase. Pictures may be ordered online or by phone.

If you have any questions please contact Gradlmages Customer Service at 800-261- 2576 or via email at ecc.giservice@gradimages.net.

Preregister with Grad Images: Graduates can pre-register their email or friends and family email addresses and will be contacted as soon as their photos are available for online viewing and ordering. Plus, when you preregister, you’ll save 20% on any order of $50 or more. Click here to preregister at www.gradimages.com/registration.

New London and the surrounding areas are popular tourist destinations and offer many types of accomodations and activities. We recommend that you make your hotel reservation early. Below are some sites that provide travel information.

New London has an eclectic mix of dining options, from downtown pubs to seafood on the waterfront to fine dining and ethnic fare throughout the city. For dining and sightseeing options go to Visit New London. 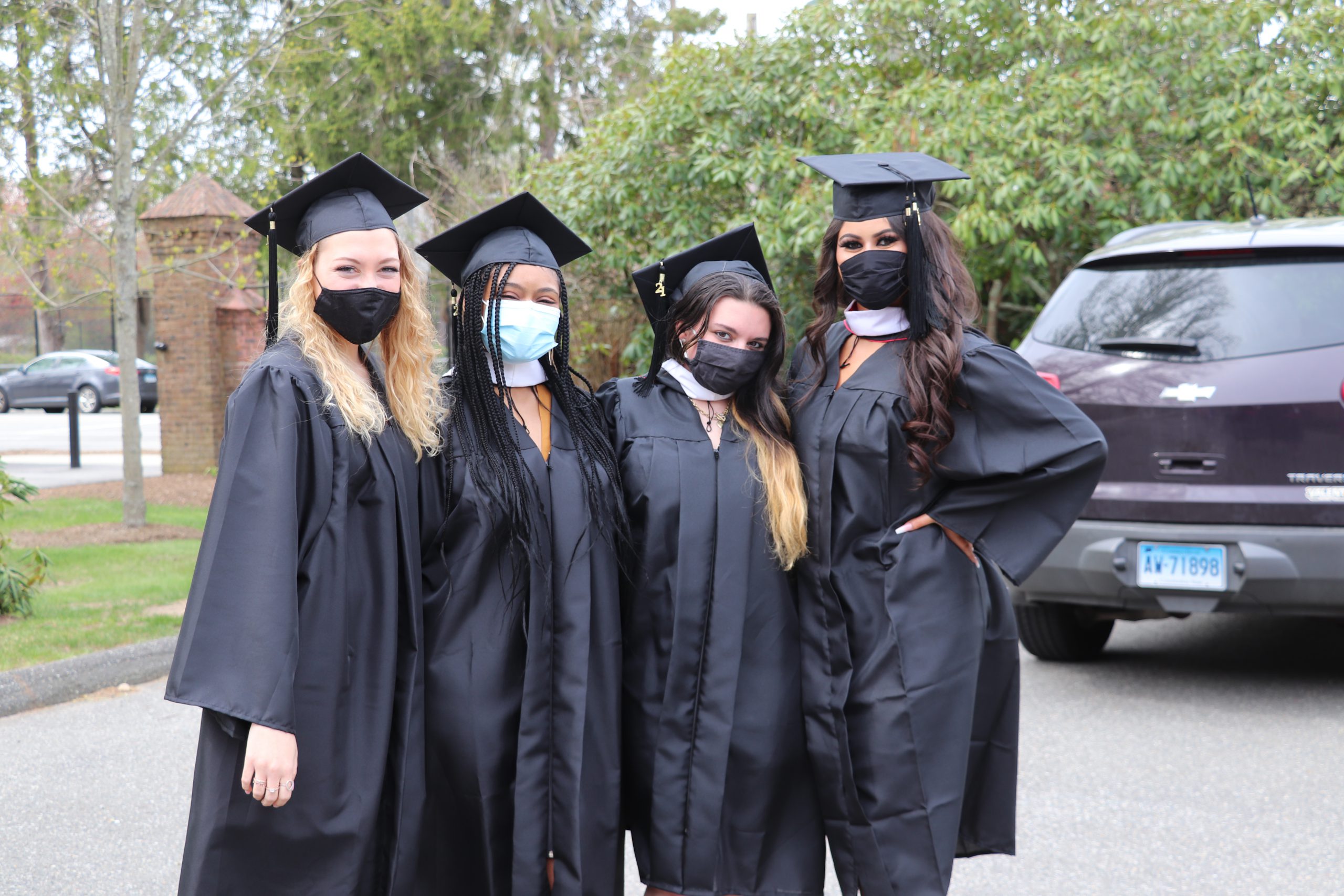 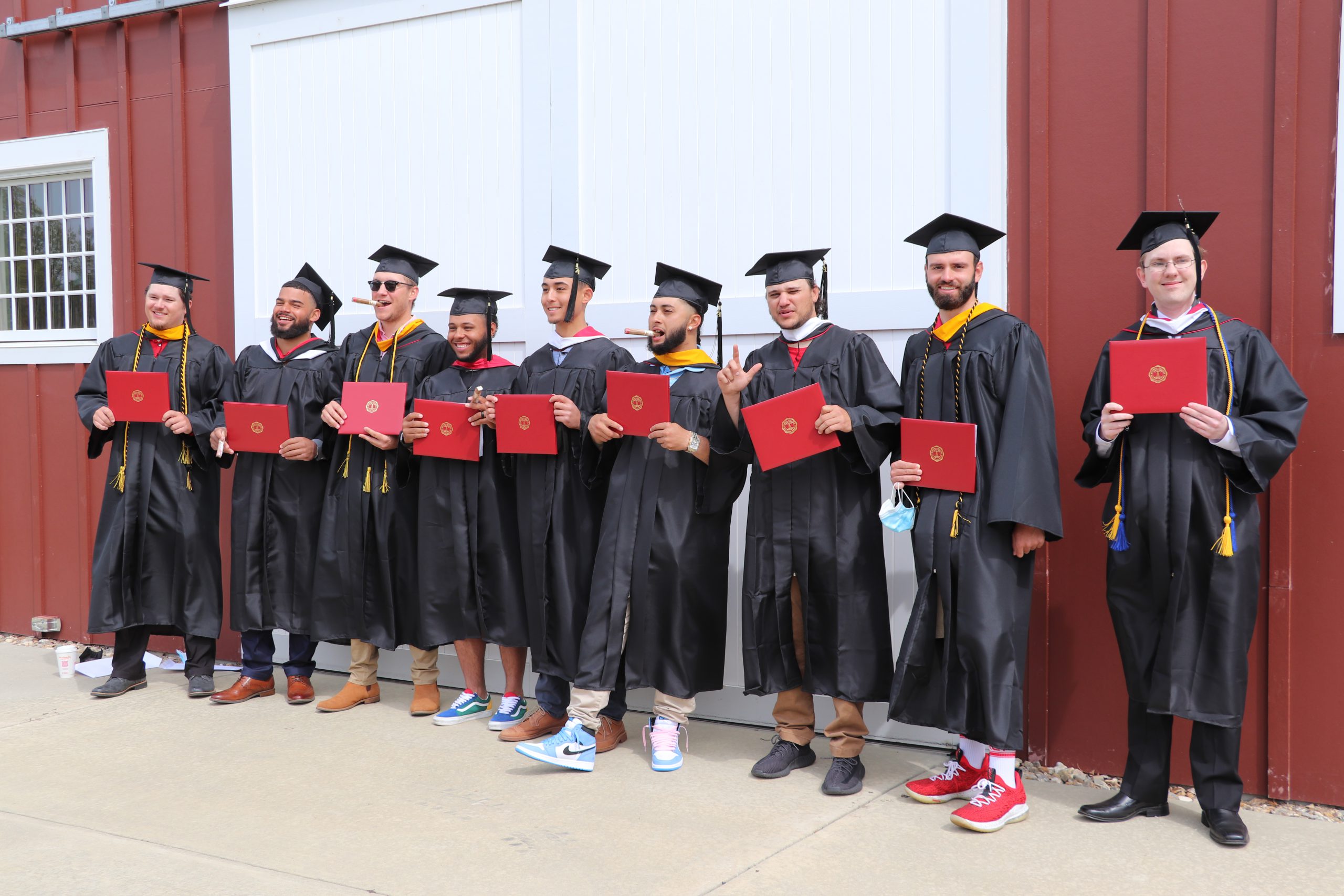 How long is the Commencement ceremony?

The ceremony is approximately two hours. Following the ceremony, faculty, staff and the Commencement speaker will be greeting guests behind Duques Center beside the Steinmayer Garden.

Where is it held?

The Commencement ceremony will be held on the College Green.

What if it rains?

The Commencement ceremony will be held rain or shine under the large tent on the College Green.
u

How do I request special accommodations?

To make arrangements for guests with special needs, please contact Antaya Lee at lee_a@mitchell.edu or 860-701-5790. Please make your request by May 4.

How many people may I invite to the Commencement ceremony?

While you may invite as many people as you like, each student will receive two (2) tickets for the guaranteed seating area, which can be accessed until 10:00 a.m. when the Commencement Procession begins.

Any guests beyond the two ticket holders will be directed to the open seating area (no tickets needed), which is available on a first-come/first-served basis. Guests may also bring their own lawn chairs or blankets for additional seating on the Green. Seats in the guaranteed seating area may not be saved prior to the arrival of the ticket holders. Please look for an usher in a red Mitchell polo for assistance or to answer questions on the day of the event.

Will the ceremony be streamed?

The 78th Mitchell College Commencement Ceremony will be streamed live at mitchell.edu/Commencement on May 14, 2022, beginning at 10:00 am.

Where is parking available?

Can I purchase flowers for a graduate?

Single stem red roses with white baby’s breath and wrapped in tulle will be available for purchase at the ceremony for $5 each (while supplies last).

How do I order a class ring?

The official Mitchell College class ring can be purchased (paid in full) online at www.jostens.com

Where can I order customized gifts?