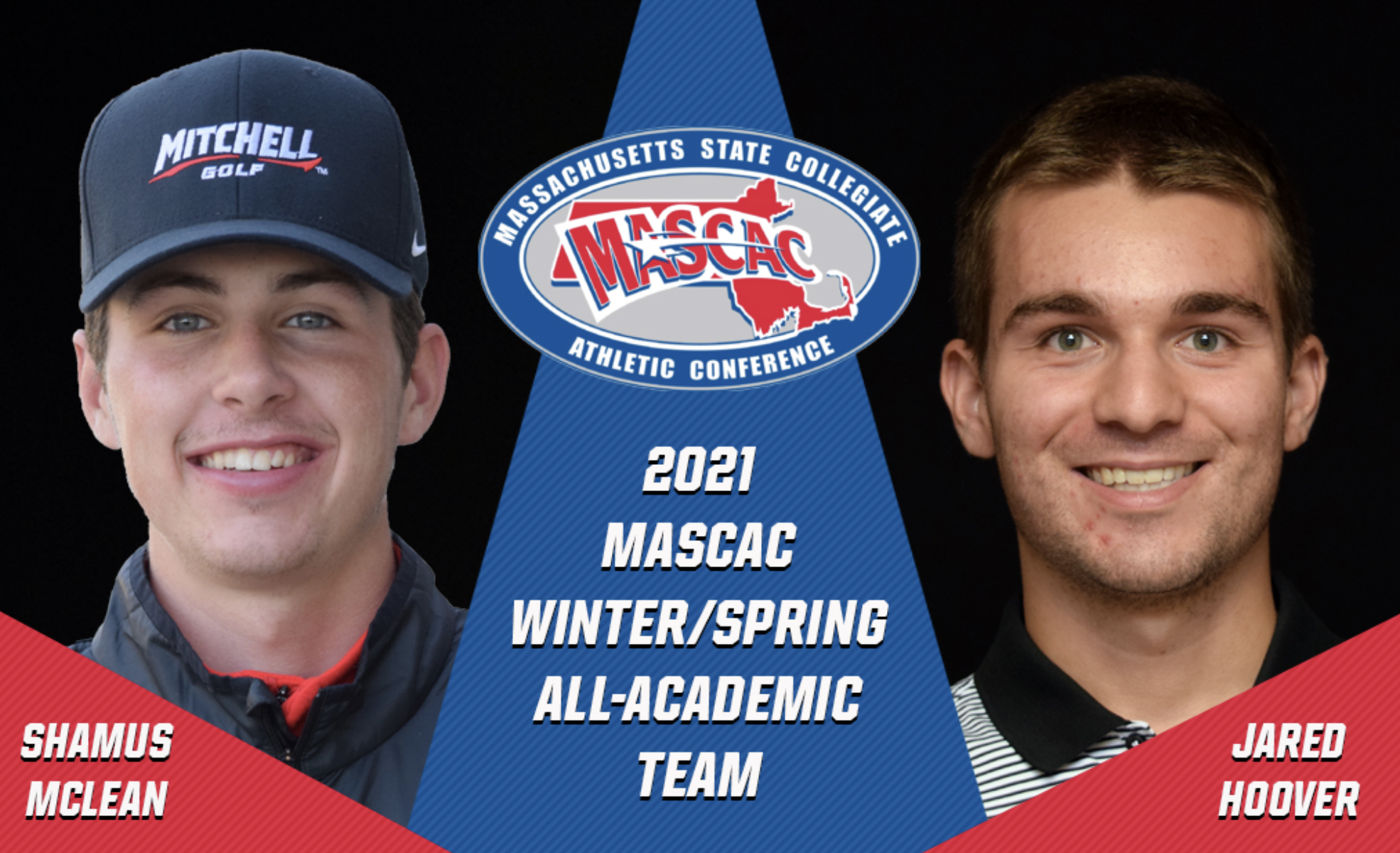 WESTFIELD Mass. – A pair of Mitchell College golfers were honored by the Massachusetts State Collegiate Athletic Conference on Wednesday.

Senior Jared Hoover (Milford, Conn./Milford) and sophomore Shamus McLean (Groton, Conn./Fitch)were among the 881 student-athletes selected to the 2021 MASCAC Winter/Spring All-Academic Team. Hoover received honors for the second time in his career while McLean was a first-time recipient.

Student-athletes must maintain a 3.20 cumulative or semester-based grade point average during the semester to be eligible for selection.

“Congratulations to the 881 student-athletes who were named to the 2021 MASCAC Winter/Spring All-Academic Team,” said Commissioner Angela Baumann. “Despite the challenges of this year, our student-athletes persevered through the adversity, and the number of honorees is a testament to that.”