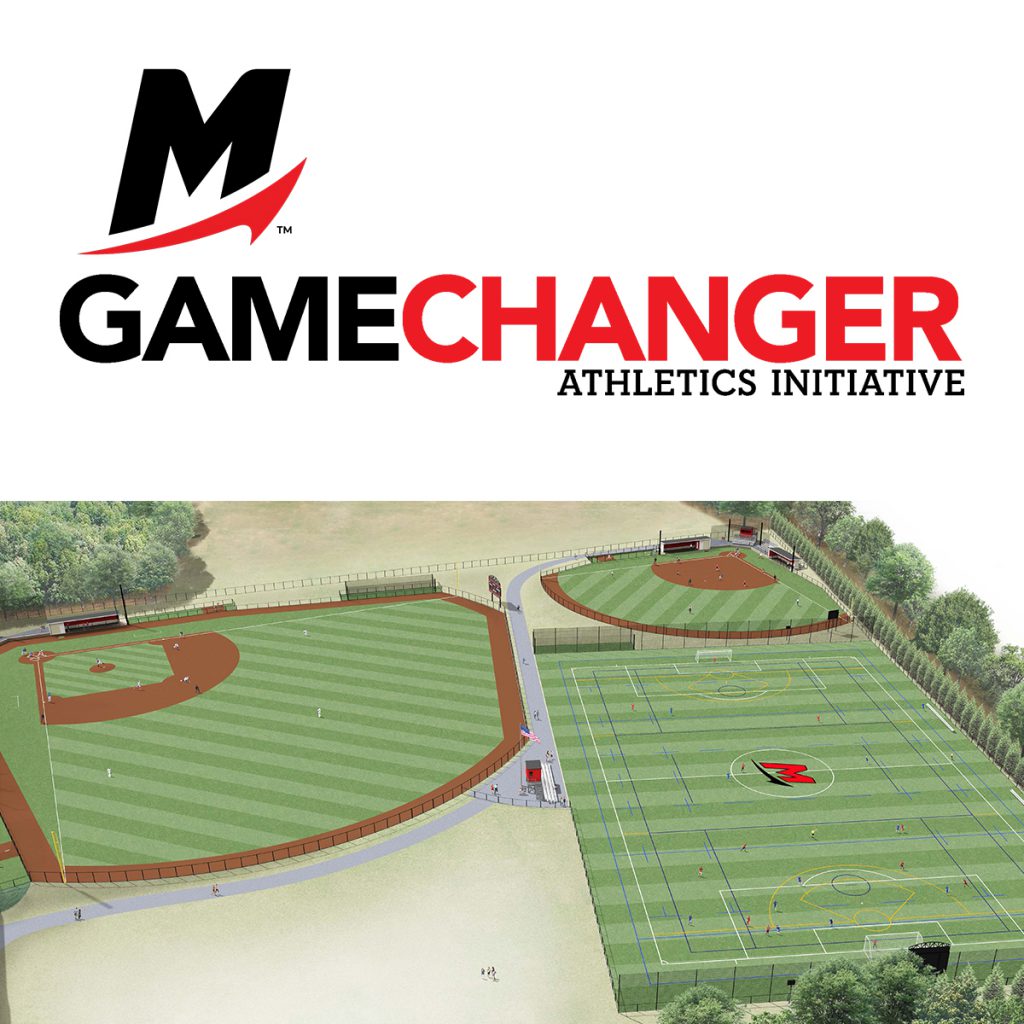 Construction is underway on a new Mitchell College outdoor athletic complex, weeks earlier than expected due to the cancellation of the spring sports season and students leaving campus.

It’s a welcomed piece of good news for the college.

There’s been a buzz throughout the Mitchell community for months about the complex.

The state-of-the-art complex will replace the existing grass fields with artificial turf multi-sport, baseball and softball fields, each complete with a scoreboard, bleachers and elevated press box as well as dugouts for the latter two. The project cost is approximately $3.5 million.

About 37 percent of the student body participates in the school’s 12 NCAA Division III programs. The complex also will be utilized by intramural, club and recreational programs.

“We’re very, very excited about this ‘Game Changer,’ as we’ve identified it,” assistant athletic director Todd Peretz said. “It’s an exciting time. Something we’ve talked about for a long time and to get on par with some of the other institutions that we compete against. First and foremost, it will give our student-athletes the best experience.”

The plan to renovate the athletic fields has been years in the makings.

Beausoleil remembers discussions about it when he was hired as baseball coach roughly 10 years ago.

“At first, it wasn’t supposed to be turf,” Beausoleil said. “We were going to redo the field, move the softball field. Over 10 years here, we’ve had a ton of different plans. It was really (athletic director) Dana (Fulmer Garfield) when she was here pushing the envelope and Janet Steinmayer, the president, she was really gung-ho about it.

“It’s exciting that Janet was able to get it through. Mary-Jane (McLaughlin) and Catherine (Wright), the interim presidents, stayed on course with it. And it’s happening.”

The impact of the new athletic complex will be far-reaching.

It will aid in everything from recruiting to helping better weather the typical unpredictable New England spring season. It will also erase some competitive disadvantages that come with practicing on a grass field and then playing road games against opponents with turf.

“We could be in a very select company with teams that have a full turf baseball, full turf softball at the NCAA DIvision III level here in New England,” Peretz said. “It also will be a huge boost for soccer and lacrosse. They’ve played on grass fields here for a number of years. Now just about everybody else has turf, so sometimes they’re at somewhat of a disadvantage when they go on the road. It’s going to put them on par with everyone else.

“And from a recruiting standpoint, kids can make a really, really good educated decision, choose Mitchell College because it’s the right fit for them academically and athletically and socially, and not have to say that they don’t want to go to this school because they don’t have this facility. We’re on par with everyone else and now we’ll just let our individualized approach and our coaches be the ones that shine through and attract potential student athletes.”

The complex will especially benefit spring coaches because the turf fields will eliminate days practice needs to be moved indoors or to a parking lot because of unplayable conditions.

It also will mean having fewer games postponed. Mitchell baseball and softball teams usually have to scramble to complete all the games before the regular season ends.

“Spring time is always very, very difficult,” Peretz said. “It’s demanding on the coaches and student-athletes. It’s a big demand on the campus in general because our student-athletes comprise a large number percentage of our student population, So it impacts us across the board. Students would miss classes and stuff like that.

“We want to hold true to our Division III philosophy of the student-athlete. If we can alleviate crazy schedules which allows us to keep students in classes and engage in the college community a little bit more, then we’re definitely going to take advantage of that.”

Erin Miller, a first-year softball coach, grew up playing on grass fields in Waterford and at Eastern Connecticut State University. She’s looking forward to all the benefits of a turf field.

“We’re going to have a lot of people that are going to want to play us,” Miller said. “A lot of people have dirt and I’ve always played on dirt. Just coaching in New England and knowing how many games we lose because the field is under water or rain or whatever it is, and knowing that we’ll be able to have a field where we can still go out and practice is going to be so great.

“We’ll definitely be able to get outside more. Even if it is a little cold, we at least know our field won’t be frozen. We’ll be able to take ground balls and fly balls or just throw. It’s going to be really nice.”

The project is expected to be completed by the end of September, in time for at least some of the fall season.

Choose This…Not That: Boosting Memory and Focus Through Nutrition 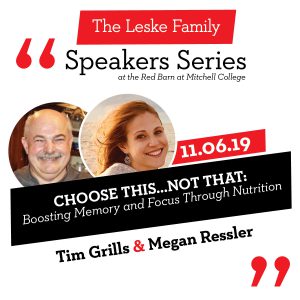 Choose This…Not That: Boosting Memory and Focus Through Nutrition

Join us for a Leske Family Speakers Series event at the Red Barn, Wednesday, November 6 from 7-8:30pm as we take a look at how daily food choices contribute to mood, memory and overall well-being with Tim Grills, Director of Food Services at Mitchell College and his daughter, Megan Ressler, a certified Occupational Therapist and yoga instructor. Enjoy delicious food samples as you learn how to enhance every meal – from breakfast to late-night cravings – by making easy and nutritious food swaps that can turn your whole day around.

This event is free and open to the public. The Red Barn at Mitchell College is located at 629-A Montauk Avenue, New London, CT 06320.

Tim Grills has over 30 years of experience as an executive chef and restaurant/catering entrepreneur. He is a graduate of Johnson & Wales University and has worked as the Director of Food Services at Mitchell College for the last four years.

Megan Ressler graduated from Springfield College in 2012 with a Master’s Degree in Occupational Therapy and a Bachelor’s degree in Rehabilitation and Disabilities Studies. In 2018, she became a certified yoga instructor. She remains dedicated to learning and living a full and balanced life filled with experiences that feed both the body and the mind. As a former student athlete and now, a professional, she uses firsthand experience to fuel fun and functional choices that make each day count. 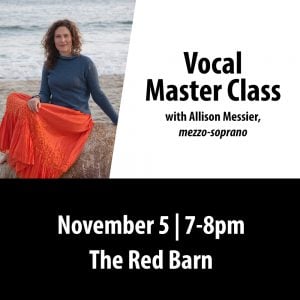 Mitchell College Humanities Department Presents a Vocal Master Class This class will be taught by Allison Messier, mezzo-soprano on Tuesday, November 5 from 7-8pm in The Red Barn. Open to all Mitchell and Thames students* and the public. No fee to attend; no RSVP required.

About the instructor:
Allison is a graduate of New England Conservatory and appears frequently as an oratorio and opera soloist across New England. She teaches voice at Mitchell College.

*Attendance at this event partially satisfies the attendance requirements of CO103 Effective Presentations; students, please swipe your ID for this credit. 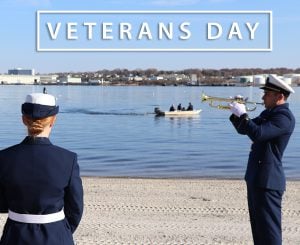 Faculty, staff, students, alumni, and the public are invited to join us as we observe Veterans Day with the events detailed below. College offices will remain open and classes are in session; faculty members will determine if students may attend events in place of class. Students who attend events can record attendance by swiping their ID card.

Pledge of Allegiance and National Anthem

9:50am: Procession to Mitchell Beach

10:30am: Proceed to Milner Dining Hall for Brunch

Meal plans will cover cost of brunch; $8.50 at the door without a meal plan

12:30pm Weller Center: Presentation on Women in the Military and in Combat by Kirsten Holmstedt, Thames instructor, journalist, writer, and advocate for female service members. Learn more about the speaker and her work at https://mitchell.edu/veterans-day.

Students may now register for January MiniMester courses and internships! Earn 3-4 credits in just 2 weeks with courses like:

January MiniMester courses are open to current Mitchell and Thames students and the public. Students should consult with their advisor prior to registering for a course online. Each course runs Mondays – Saturdays during the January MiniMester session, January 2-15, at the times listed here (unless noted). Internships are available for current Mitchell students and require prior permission. Internships run December 16 – January 15. To view available internships and register for MiniMester courses, click here.

From America’s master of contemporary Broadway comedy, here is another take on behind-the-scenes action in the entertainment world, this time in the heart of the theater district. 45 seconds from Broadway takes place in the legendary ‘Polish Tea Room’ on New York’s 47th Street. Here Broadway theater personalities gather and schmooze in this touching valentine to New York on Broadway. Great acting roles flourish and home truths are at their best as Neil Simon continues to find humor in even the most painful moments of life.

Tickets now on sale at mitchell.edu/broadway-tix