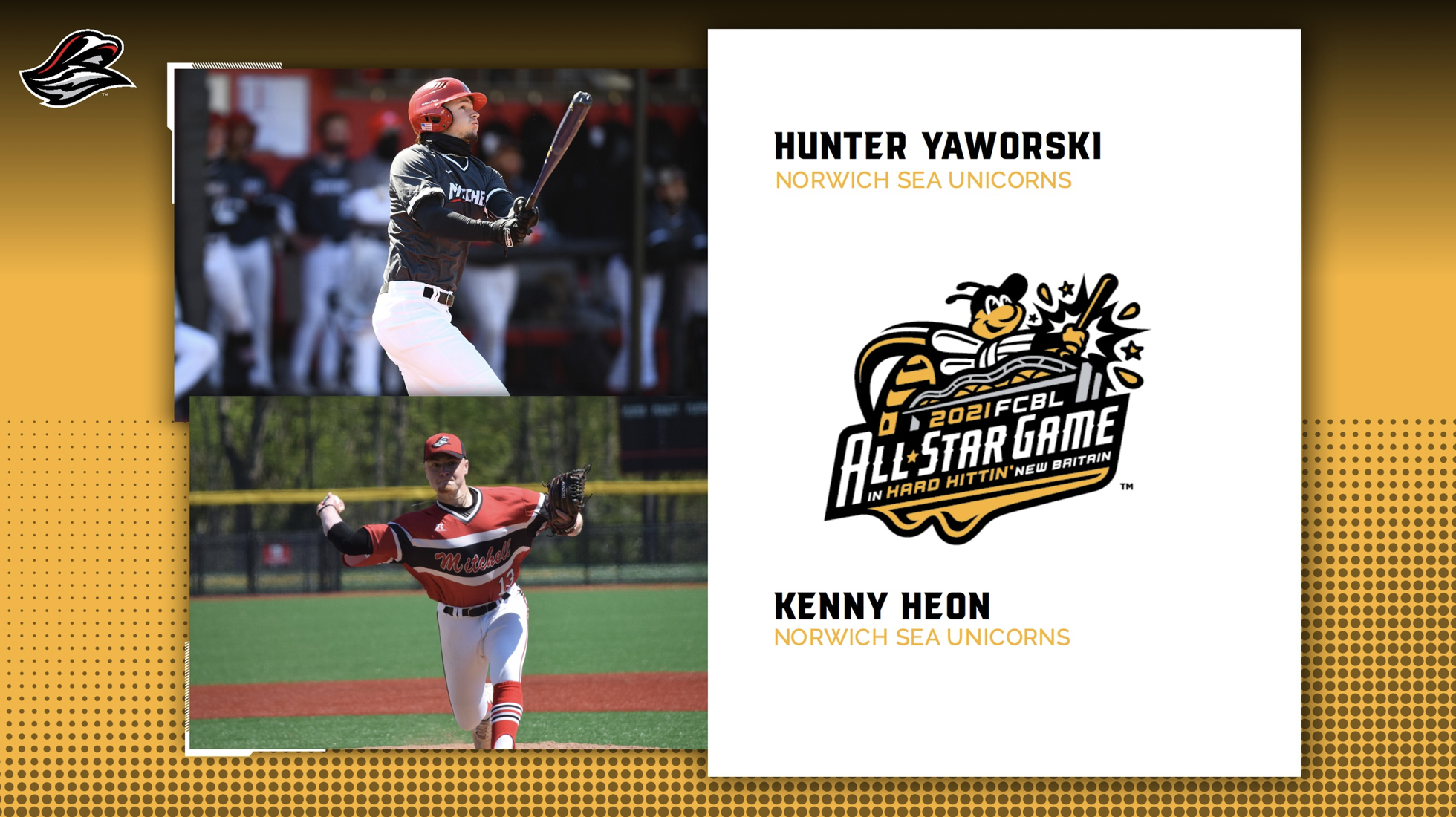 Senior outfielder Hunter Yaworski and junior pitcher Kenny Heon will represent the Mariners at the FCBL’s “midsummer classic.” The two have spent the summer playing for the Norwich Sea Unicorns, which placed a total of seven players on the all-star roster.

Yaworski, an all-conference performer this past spring with the Mariners, has played in 20 games with Norwich and is batting .295 with nine RBI. He is also tied for the team lead with five doubles. Heon has made five relief appearances and is 2-0 with a 0.96 ERA. He has struck out 15 batters while issuing only one walk in 9.1 innings of work.

Tickets for Tuesday’s All-Star Game can be purchased through the New Britain Bees by clicking here. Gates open at 5 p.m. while first pitch is slated for 6:35 p.m. Admission to Monday’s Home Run Derby is free of charge, with the night’s festivities including batting practices and autograph sessions with both teams.