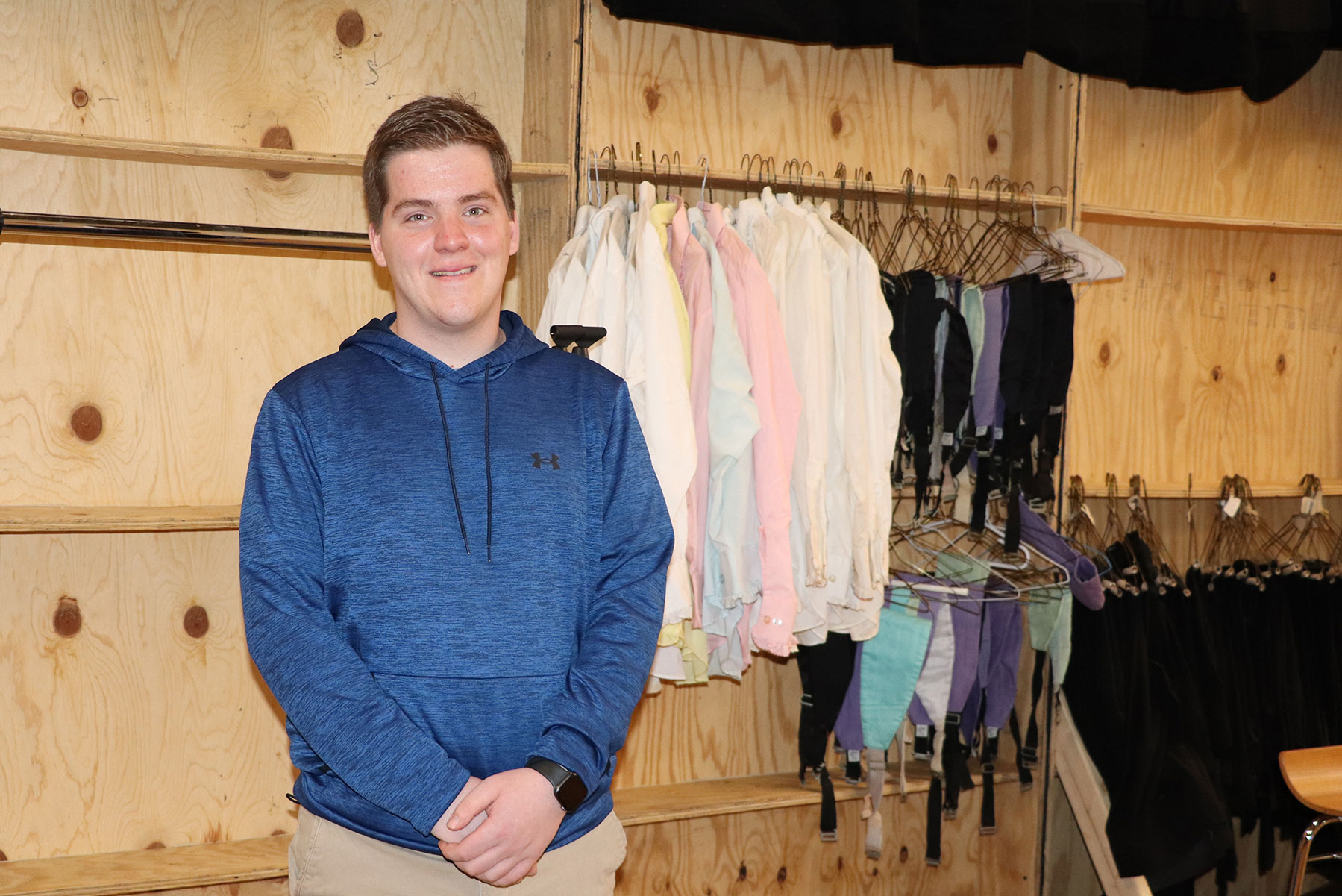 The Mitchell College Players present two productions each year — a fall play and a spring musical. Owen Murphy, in his first semester at Mitchell, jumped into the group this spring after seeing an ad for auditions on social media.

“I said to myself, ‘I am just going to do this, and if I don’t get cast it’s no big deal. If I do, I’ll have a lot of fun and grow as an actor and vocal musician.’”

Owen was cast, and it’s his first time performing in a theatrical production. A seasoned singer who has sung all of his life, he looks forward to a different kind of performance.

“I thought about doing theater in high school but decided not to. When I came to Mitchell I heard about Jono and how his dynamics worked, and I thought I could work with him as a director. He takes the time and effort to tell you how to do something and explains to a level you can comprehend. That’s what makes the productions here so fantastic. He is putting in 150%, and he challenges us as a cast. He knows we can do it, and he gives us the motivation to actually succeed.”

Owen, who is playing the role of Hero in “A Funny Thing Happened on the Way to the Forum,” said his biggest challenge is remembering the vocabulary of the sheet music, such as the crescendos, and the pitches.

“I haven’t done these things since March 2020, and the stage directions are new to me. I’m used to being on risers and not being in the spotlight.”

Owen said his participation in the Mitchell College Players has already helped him grow socially.

“In high school no one would come to me with their problems because they’d say I was too immature. Here, I have noticed people come to me with their problems and tell me I’ve been a good friend and have helped them so much. I think my involvement in theater has helped with that – you have to be well spoken and confident about what you’re going to say. Working on that has helped me be a better friend and helped me socially.”