Dance and Cheer: Playing to our strengths 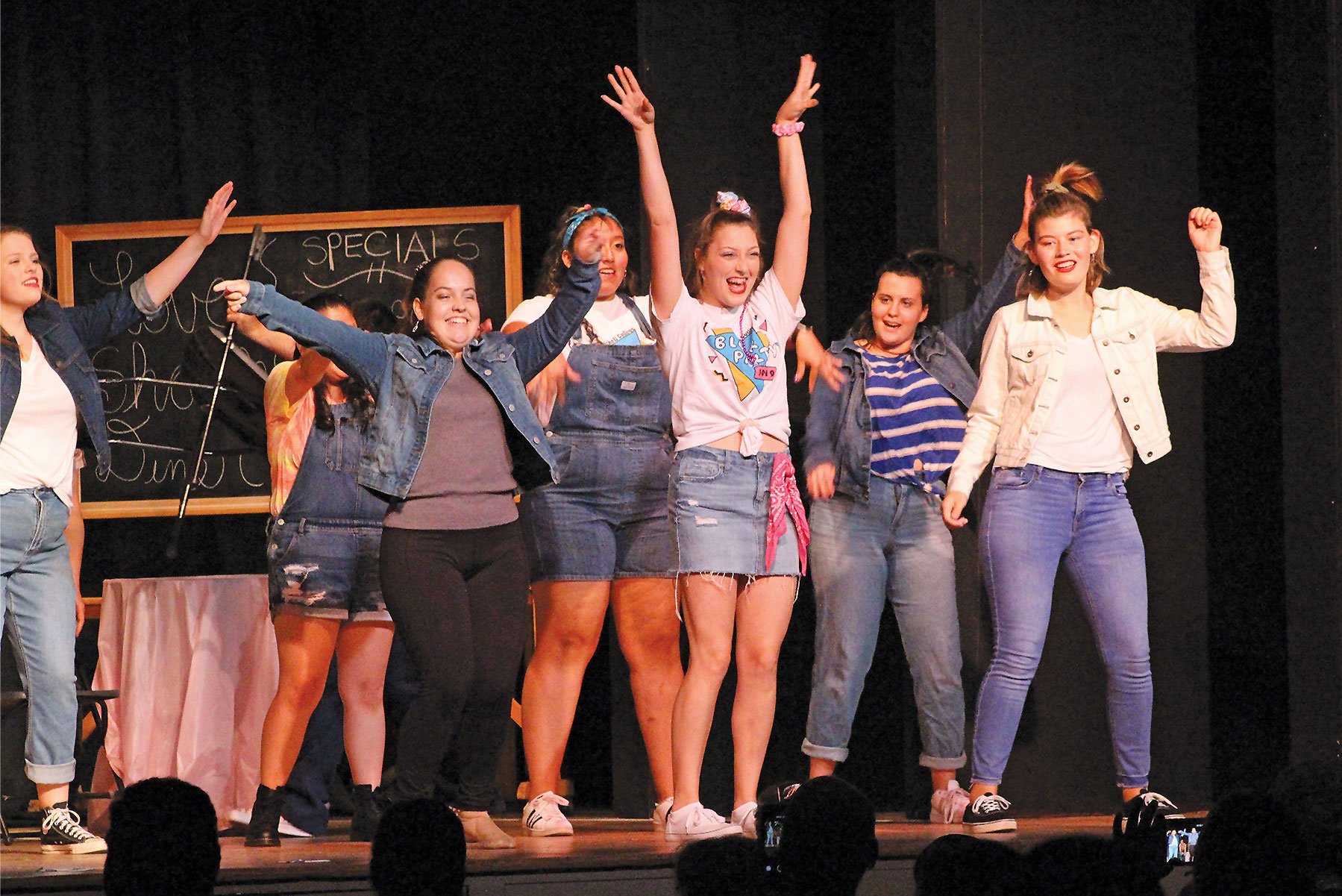 When junior Brittney Tougas (third from right) visited Mitchell College in 2018 as a prospective student, she learned there wasn’t a dance team.

“They said if I could find enough members, I could start one,” Brittney said. “I made that my mission when I started at Mitchell. I was confident in the fact that people would want to do it. We had an involvement fair and had 20 signups. While not all ended up staying, the interest was there with room to grow.”

A cheerleader in middle school and high school, Brittney said that Mitchell had a small cheer team when she arrived on campus, but it didn’t perform very much. The team agreed to participate in a dance showcase that Brittney planned, and she helped them with practice structure and stunts. Eventually the dance and cheer teams conjoined, and Brittney took on both teams.

Now, the team performs at a variety of venues around campus, including athletics events, fall cabaret and dance showcase at the conclusion of each semester. Jono Babbitt is the faculty advisor, but Brittney does most of the choreography, music editing, light planning, and the layout of the shows.

Self-taught in dance, Brittney’s lifelong dream is to become a choreographer. She reflects on her journey: “I have done dance all my life but taught myself by watching Disney movies and YouTube videos. I copied the dances because I couldn’t afford studio classes. I was told that I wasn’t good enough because I haven’t been trained. But I always value passion over talent,” she said.

“Now it is the most amazing feeling in the world being part of something bigger than myself. Everyone comes from different backgrounds. Some have money, some don’t. Some struggle with mental health, some have learning disabilities, some have life struggles in general. To watch all of that leave and see them pull off something that three weeks before they told me they couldn’t do is the most rewarding thing ever.”

“One of the teammates said a few weeks ago that since being on this team her confidence has gone up. Those little moments might be passing, but to me it’s everything. It’s all I ever wanted to do. I told my dad I wanted to be choreographer and people would be so happy to dance because they love it, and they don’t have to be a size 2 to do it and all the stereotypes that come with being a dancer. I try to play to everybody’s strength, and I think that’s probably the most rewarding thing — being able to see them shine and do things that they didn’t think they could do.”