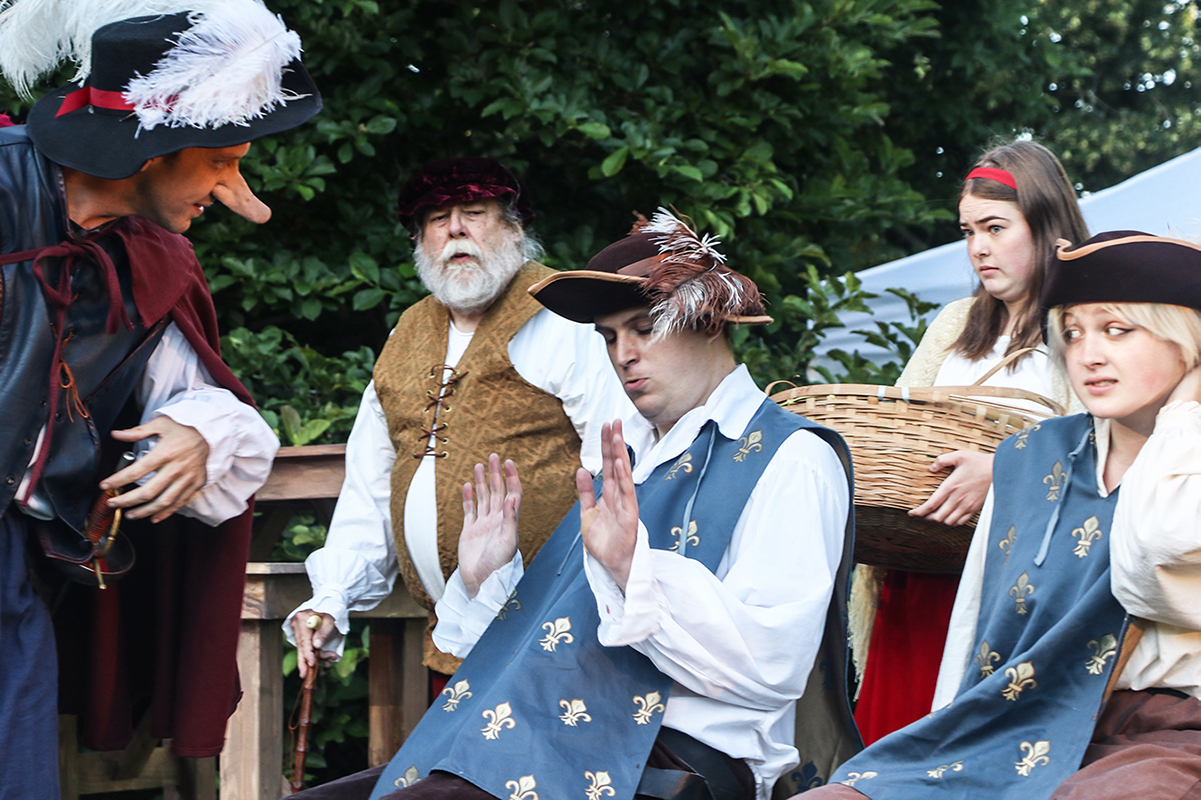 The thing Max Pevna ’21 likes most about his summer internship with the Flock Theatre is sharing in a sense of normalcy with the public after a tumultuous year.

“Contributing theater to the local community, being able to entertain people after a year of the pandemic and letting people know that things are starting to happen again is the best feeling.”

Max recently performed as a Cadet in the Flock’s staging of Cyrano de Bergerac on the lawn of the Red Barn at Mitchell College, July 15-18 and 22-25.

In addition to performing, Max helps out with the day-to-day tasks of the small local theater company—from distributing posters to businesses for the performances to helping with props and rehearsals, sound and lights.

This summer is the second time Max, who graduated in May with a degree in communication, is working with the Flock Theatre, which is Mitchell’s theater-in-residence. A few years ago, he performed in Henry IV, and he also helped the theater group make an effigy of Benedict Arnold out of papier-mâché for its annual festival, The Burning of Benedict Arnold, in downtown New London.

“It took a while to make, then it was burned. It kind of upset me, but it had to be done.”

In addition to his internship, Max is currently applying for jobs in his home state of New Hampshire. His post-graduation goal is to get into TV production or radio broadcasting, where he had an opportunity to watch and learn during another internship with Jammin’ 107.7.

Max is appreciative of his time at Mitchell.

“Mitchell is school where, if you struggle with academics, you can get the support you need through its system of advisors. But it also holds you accountable and won’t just pass you because in the real world you will be held accountable.”