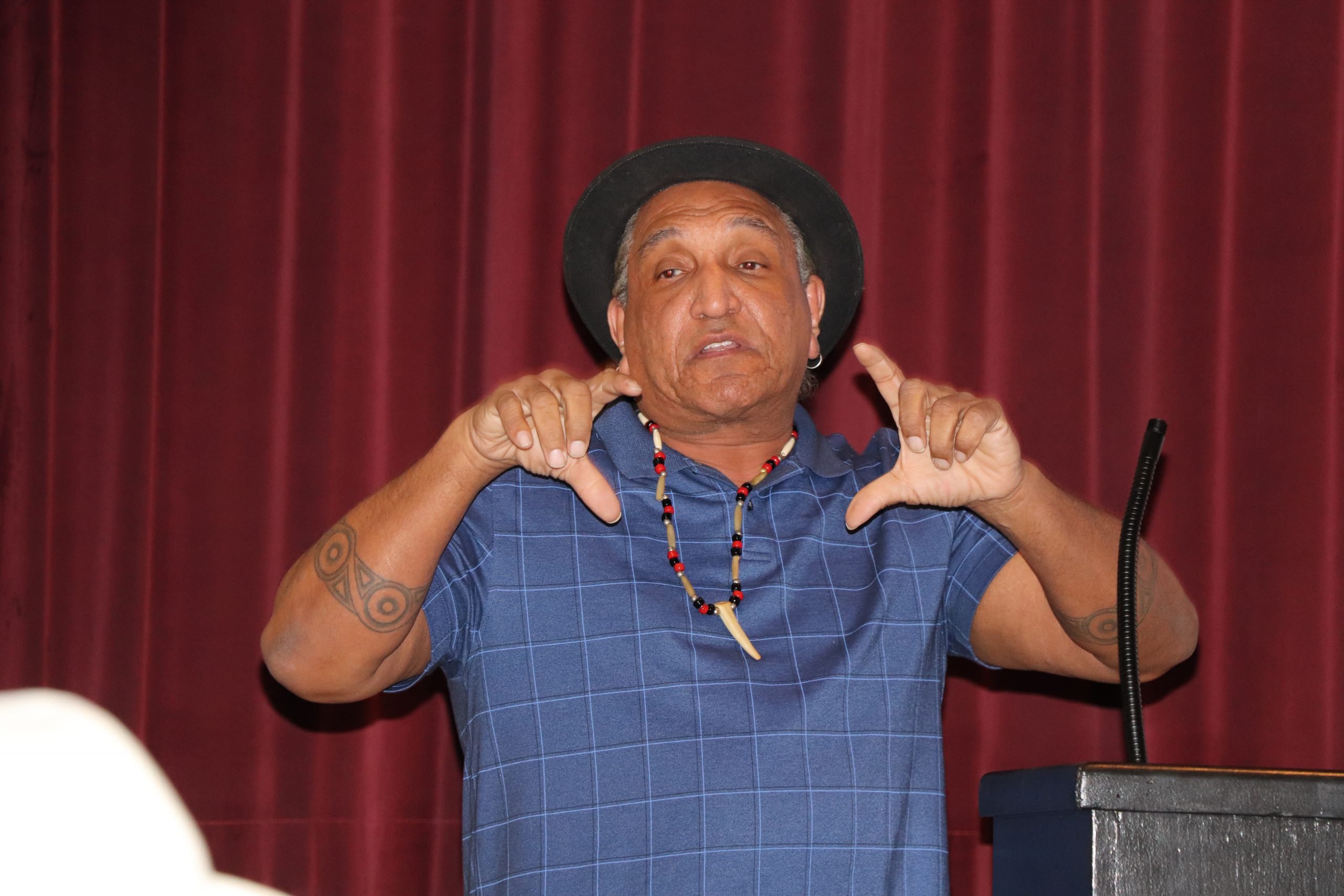 At a recent program sponsored by Mitchell College’s Multicultural Student Union, Chief Jorge Baracutei Estevez spoke about the history, spirituality and culture of the indigenous Higuayagua Taino people of the Caribbean in celebration of Native American Heritage Month.

A lifelong researcher and investigator of Caribbean indigenity, Chief Estevez worked for 25 years for the Smithsonian National Museum of the American Indian. He continues his research through Higuayagua: Taino of the Caribbean, a non-profit organization established in 2011 to provide educational, cultural and linguistic resources to anyone wanting to connect with their Indigenous Caribbean ancestry.

“Today we are reliving and reviving our culture,” he said. The Higuayagua Taino tribe currently has more than 2,000 members.

Chief Estevez told the audience that Taino were the tribe encountered by Christopher Columbus in 1492.

“We discovered Columbus,” he said, noting that Columbus and his crew were lost and wound up on the island — “our home” — populated by Taino.

He said that after 1565, the Spanish proclaimed the Taino people extinct, a notion that is untrue. Although the Taino people disappeared from paper, Chief Estevez said family histories kept Taino alive. As he was growing up in the Dominican Republic, he said that his mother and others in his community identified as “Indian.”

Retelling the history of the Taino indigenous people helps dispel that myth.

“Instead of creating a narrative, let people decide it for themselves,” he said. 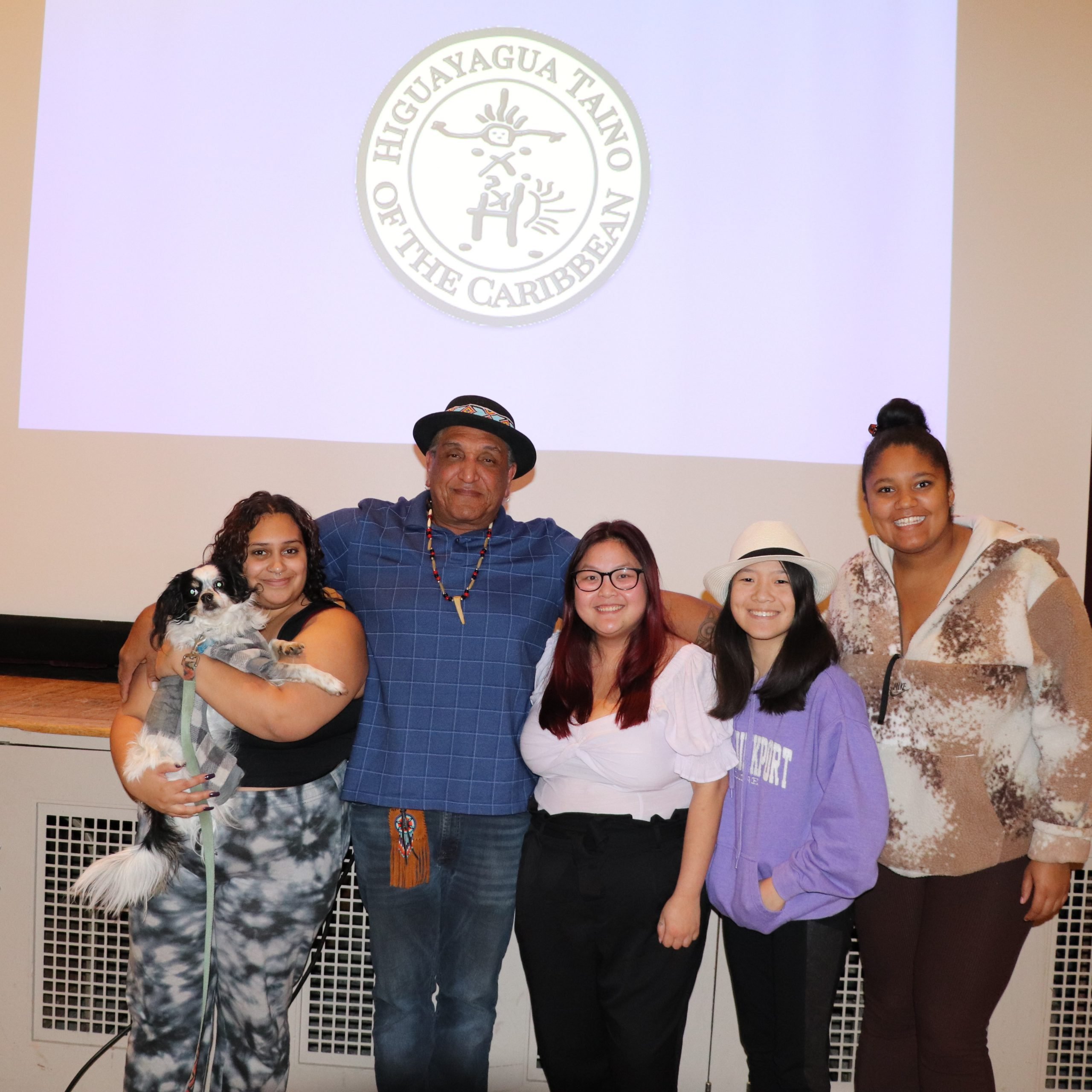 ← Previous Next →
Manage Cookie Consent
To provide the best experiences, we use technologies like cookies to store and/or access device information. Consenting to these technologies will allow us to process data such as browsing behavior or unique IDs on this site. Not consenting or withdrawing consent, may adversely affect certain features and functions.
Manage options Manage services Manage vendors Read more about these purposes
View preferences
{title} {title} {title}