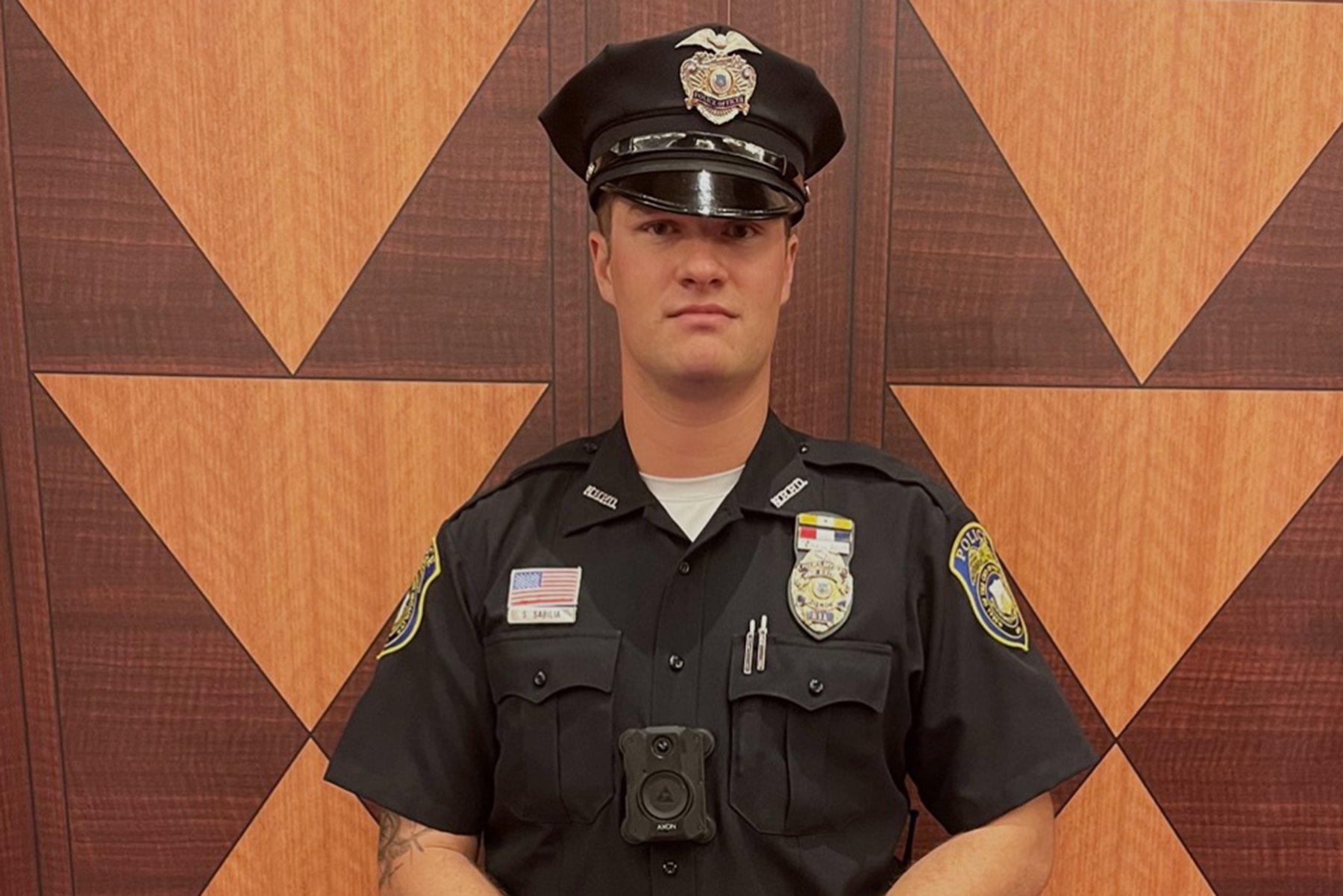 As far back as second grade, Sam Sabilia ’18 dreamed of being a police officer. Now he is one.

He credits Mitchell College with helping him successfully land a job with the New Britain [Conn.] Police Department, less than six months after he graduated with a bachelor’s degree in criminal justice.

“The State of Connecticut requires you to apply to different police departments statewide. You go through interviews, a polygraph test and background checks. New Britain hired me in October of 2018, then I went through New Britain’s police academy for six months, then on to field training to become a full-time officer.”

Just a few years into his job, Sam has already earned several awards, including from MADD (Mothers Against Drunk Driving) for making the most DUI arrests in his department in 2020 and 2021. He was also given a unit award for his role in helping to solve a case of armed robberies at convenience stores involving multiple jurisdictions and was named Officer of the Month in 2019.

Sam said that he draws on what he learned in his criminal justice classes all the time.

“I do report writing and a lot of reading and interpreting of reports and case law. I am able to do those things well because of what I learned at Mitchell. There are also many criminal justice theories that were talked about in my classes that I can apply to my job. One that I use often is the ‘broken window’ theory of crime, meaning where there are broken windows, there is more crime. I work in the busiest section of New Britain with the most crime and see this theory come to life every day.”

He added, “The best thing and worst thing about my job are the same. Seeing people for who they are and showing their true colors.”

A New London native who grew up one block from the Mitchell campus, Sam said when searching for colleges he looked at a couple of other schools with criminal justice programs but preferred the familiarity of Mitchell and its “small, beautiful campus.”

“I played Little League on the baseball fields there and knew where everything was. It was home to me.”

Sam continued his love of baseball as a student at Mitchell, playing catcher for four years and being part of three NECC championship teams. His favorite Mitchell memories are winning the baseball championships, and he attributes his success as a student to playing on the team.

“Baseball kept me out of trouble, was fun, helped me to focus and kept me in school.”

Today, he continues to play in men’s leagues, coaches an 18U team, and often returns to New London to watch Mitchell Baseball play.

“I miss the shoreline, for the record,” he said.

Still, he looks forward to working in his dream job for many years to come with aspirations of leadership.

“I hope to move up through the ranks, and Mitchell has clearly set me up for that.”