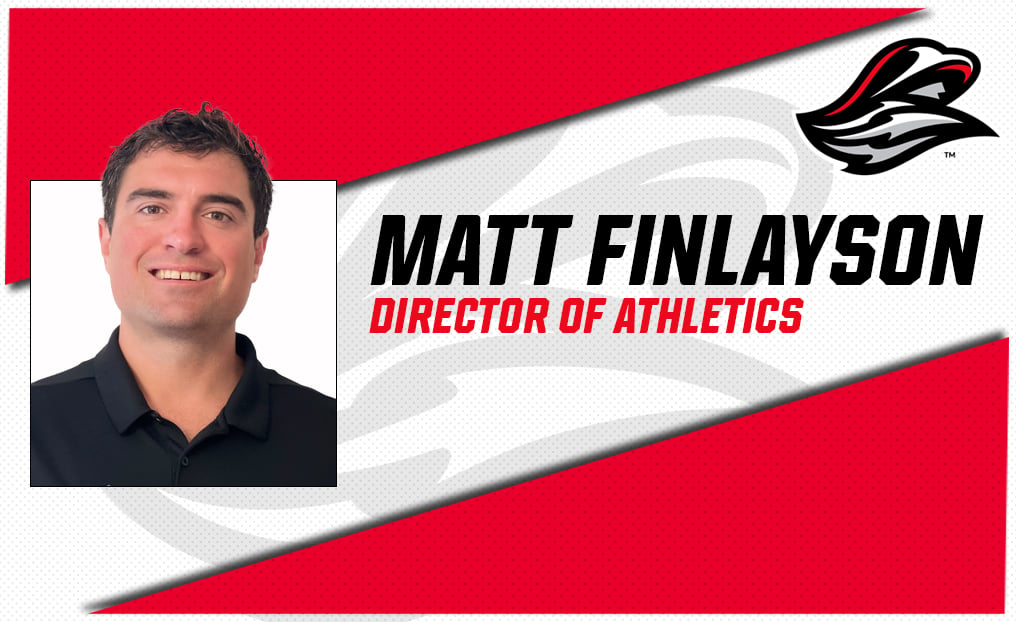 NEW LONDON, Conn. – Mitchell College announced on Wednesday that Matt Finlayson has been hired as director of athletics.

Finlayson, who begins his new role on June 30, joins the Mariners after having served as an assistant athletic director at Salve Regina University for the past three years. He will be the department’s sixth full-time director of athletics, and the third since Mitchell became an active member of NCAA Division III.

“I truly believe Mitchell College is a special community where student-athletes can achieve academic and athletic success,” said Finlayson. “I’m very excited and honored to serve as director of athletics, and I am grateful to Dr. Tracy Espy and everyone involved in the search process. I can’t wait to join the leadership team, and I look forward to being part of the bright future here.

“The Mitchell Ability Model, premier athletic facilities and, most importantly, the people I was able to meet through the process—all make this opportunity a perfect fit for me and my family. I’m coming from a private liberal arts university located in a historic coastal New England city, so this feels right at home, especially being originally from Connecticut.”

“We are delighted to welcome Matt as director of athletics, to lead the exceptional cadre of coaches and staff at Mitchell College,” said Dr. Espy. “He is a great addition to the team, who will elevate our athletics program while promoting and expanding sponsorships and funding for our outstanding athletes and teams.”

A graduate of Salve Regina, Finlayson returned to his alma mater in 2016 as an adjunct professor and joined the athletic department in 2018. In his role as assistant athletic director he was charged with enhancing community relations, fostering game day atmosphere, increasing department revenue and promoting special events and alumni development. He was also responsible for the day-to-day business operations, marketing and promotional efforts, and worked to cultivate sponsorship and branding opportunities.

Prior to his time at Salve Regina, Finlayson served as general manager of the Ocean State Waves in the historic New England Collegiate Baseball League (NECBL). After two years of operations, he purchased the franchise in 2014 and served as both GM and president until 2018. He directed the operational and business functions of the organization—including coordinating scheduling, facility operation and capital improvements—as well as fundraising initiatives, marketing, branding and community relations.

Finlayson’s background also includes a three-year stint as director of baseball operations at the University of Rhode Island, where he worked under head coach Jim Foster from 2009-12. In addition to monitoring budgets and other office functions, his responsibilities included fundraising, marketing and community relations. He was also involved with managing game operations for other athletic programs in the department.

Finlayson sharpened his business acumen at the Isenberg School of Management at the University of Massachusetts, where he received a Master of Science in sports management. While working toward his degree he held graduate positions as a research assistant, a teaching assistantship and was also a graduate assistant within the athletic department.

As an undergraduate as Salve Regina, Finlayson was a four-year member of the baseball team and a three-time all-conference selection at third base. The Higganum, Conn. native was also a three-time all-academic selection who was named Commonwealth Coast Conference Senior Scholar Athlete in 2008.