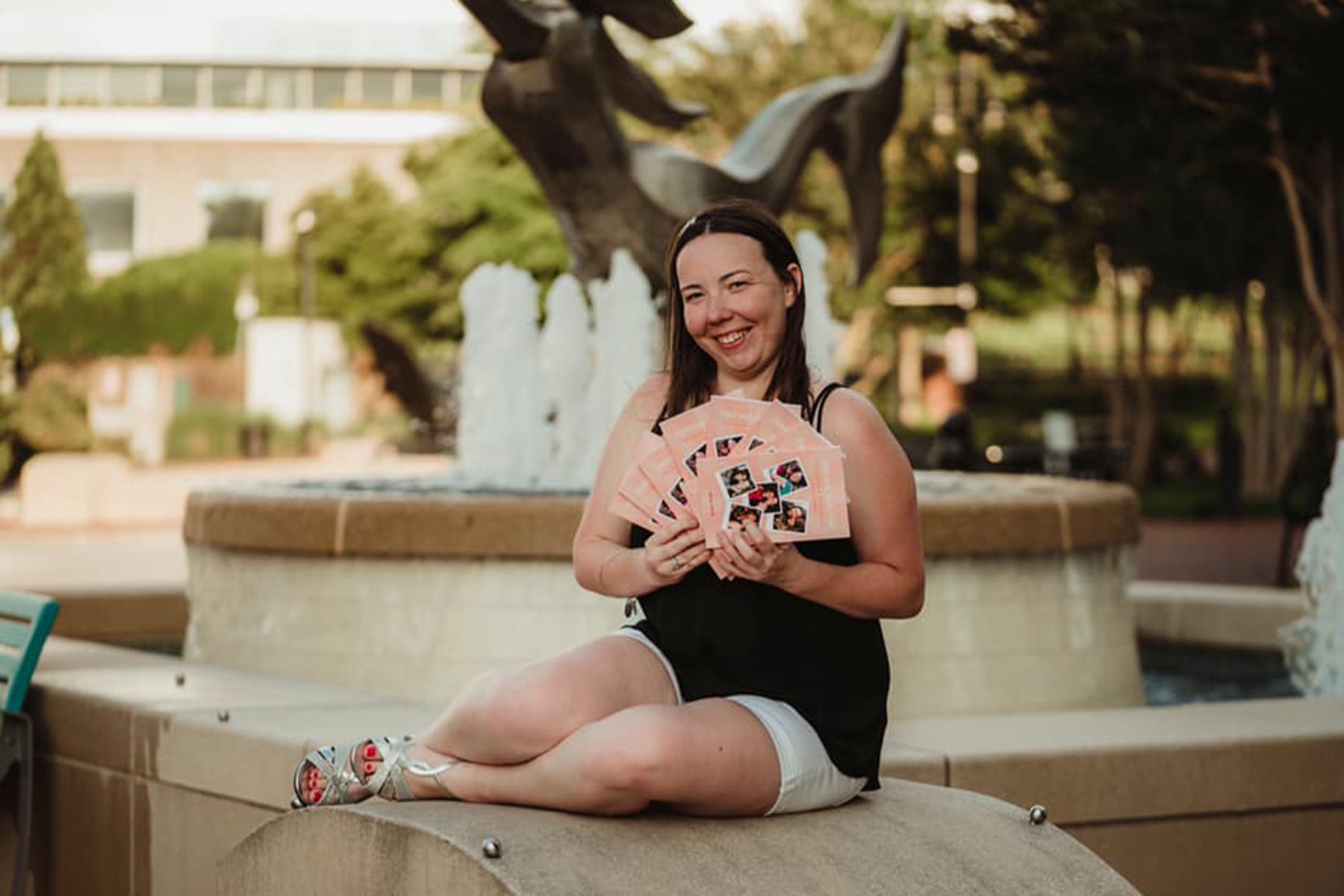 Megan Roche ’13 used the early days of COVID-19, when the world locked down in a global quarantine, to write about something near and dear to her – an almost 15-year friendship with Paula Abdul.

The result? Her self-published first book, Forever Her Girl: The Stories and Experiences of a Major Fangirl.

“It’s no secret that every teacher and person I interacted with at Mitchell knew that I was a huge fan of Paula Abdul. I have just always loved her and what she stood for. Knowing that I was different, I endured a lot of bullying and teasing. I was often the kid that had no friends in school, and I always felt alone.”

A member of the Paula Abdul Fan Club, where “members all had the common bond of loving Paula and easily became friends with one another,” Megan was lucky enough to meet the singer-songwriter in 2007, when she waited by the stage door of The David Letterman Show in New York City, where Paula was a guest.

“She was late for her interview, so she didn’t stop for anyone as she was on her way in. I was absolutely heartbroken that I started crying. One of the security staff noticed my tears and promised me that she would be back when she was leaving the show. About 10 minutes before she was set to leave, the same security guy came over and brought me to the very front of the line. When Paula came out the door, I don’t remember much other than getting a hug and taking a picture. Thankfully, I was videotaped meeting her for her reality show that was set to air that summer on Bravo.”

Megan’s book talks about how she has been able to stay in contact with Paula, and through writing her book she discovered why she loves her so much.

“She was one of the first people to show me kindness and compassion when everything else in my life was upside down. I’ve learned from her that an attitude of gratitude is one of the best things you can have in life. Since that day in 2007, I’ve always found a way to see her. We’ve become close friends, and because of her I’ve met some of my best friends. Thanks to her, I’ve been to countless TV tapings, concerts, philanthropic events, galas, and award shows.”

Megan, who earned her B.S. in communication with a concentration in production, performance, and technology and holds a master’s degree in digital multimedia journalism from Sacred Heart University, hopes that her book reaches “kids of all ages who are ultimate fangirls and boys.”

“I want kids to know that being different is okay. I always say, ‘the weirder and more out there, the better.’ I want everyone who reads my story to know that they can accomplish their dreams and goals, no matter how big they are.”

Megan credits her time at Mitchell with learning the important skill of “knowing how to work with people who may be different from you.”

“I took many classes that focused on group work, which can always be a struggle. Being in a managerial position now as an editor, I have to work with people of all different backgrounds and skill levels. At Mitchell, I met all sorts of different people of all ages. I learned to listen better, how to effectively communicate my needs and wants, how to accept criticism, and that sometimes, your idea isn’t the best way of going about the problem. I also learned time management and self-advocacy skills that l use in my job today.”

For a copy of Megan’s book, email her at megan.roche13@gmail.com.