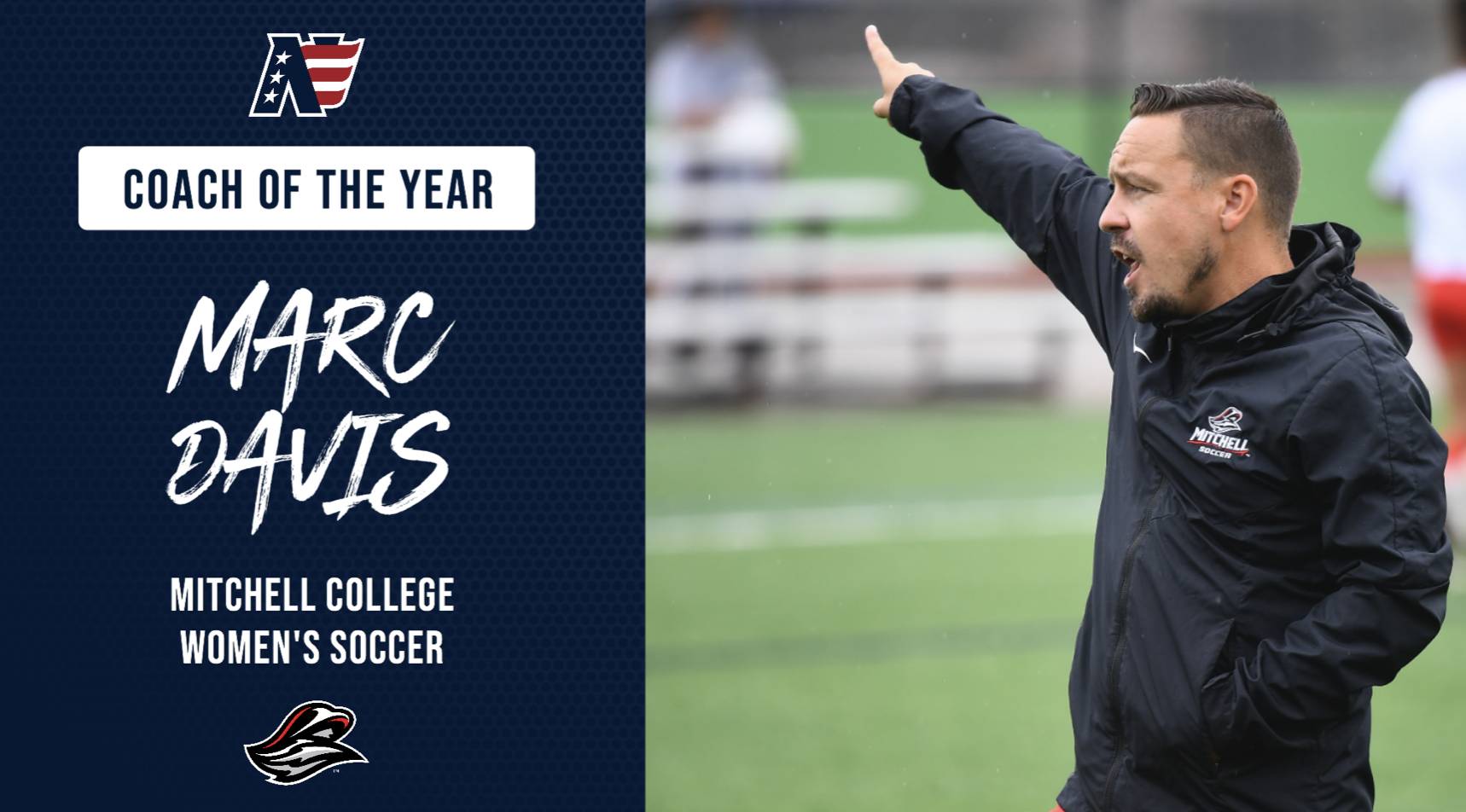 Davis is the program’s first coach to earn the conference’s top honor. In his third season at the helm, he led Mitchell to a 5-8-2 overall record and the most wins since the 2011 campaign.

Davis also helped Mitchell clinch a postseason berth for the first time since 2016. The Mariners, who finished tied for second in the league standings at 1-1-1, will be the third seed in the 2021 NECC Women’s Soccer Championship.

Davis has also enjoyed success on the recruiting trail, adding nine freshmen to the roster this season. The group—which includes recruits from Texas, Florida, California, New Jersey, Maine and Connecticut—has made a big impact on the program.

Several other awards were handed out by the conference on Tuesday, all of which were determined by a vote of the league’s head coaches. Mitchell freshman Marissa Luna was one of four selections to the NECC Sportsmanship Team.

Mitchell will face second-seeded New England College in the semifinals of the NECC Championship on Wednesday, November 3 at 4:30 p.m.