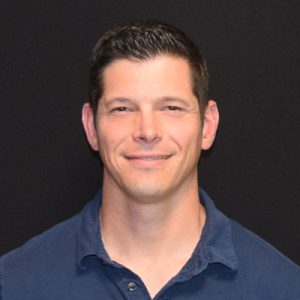 Johnson, who will make his collegiate head coaching debut with the Mariners, becomes the programs’ fifth coach in Mitchell’s Division III era. He has been a high school cross country coach for the past 18 years, including the last 13 at Norwich Free Academy.

A standout runner for NFA as a student-athlete, Johnson took over the reins at his alma mater in 2006 and built one of top boys cross country programs in the area. During his tenure the Wildcats won nine conference championships and amassed a record of 123-6, and for three years in a row he was named Coach of the Year (2009-11) by The Day. He also had numerous athletes go on to compete at the collegiate level.

Prior to taking the position at NFA, Johnson served as head coach of the boys and girls cross country programs at Lyman Memorial High School from 2001-05. In 2003 he led the Bulldogs to a state class SS championship and was named Coach of the Year by The Bulletin.

Johnson began his coaching career in 1999 as an assistant outdoor track and field coach at NFA. Over his 16 years in the position the boys and girls teams won eight state championships, and in 2009 he was named the Connecticut High School Coaches Association Assistant Coach of the Year. He also acted as the head boys and girls indoor track coach from 2010-14. The girls program won the 2013 state indoor track championship and the girls sprint medley relay team finished ranked second in the U.S.

Johnson has been a certified teacher in Connecticut for 20 years. He spent five years as a physical education and health teacher in Lebanon, Conn., before returning to NFA in 2004. As a science teacher at NFA he has created a kinesiology curriculum from the ground up. The program—one of very few high school level kinesiology programs in the country—covers topics including athletic training, metabolism, motor learning, exercise physiology, biomechanics and nutrition.

A native of Franklin, Conn., Johnson was recently inducted into both the NFA and City of Norwich Sports Halls of Fame. He also competes as a master’s athlete, and in 2016 he won Connecticut USATF Master’s Championships at distances of 5K, four miles and the half marathon.